Dave Nelson started his hobby of collecting Confederate items in his elementary school years in Richmond Virginia. By the fourth grade, he was proudly offering his homemade business card advertising to buy sell and trade coins and stamps. Uncle Davey’s Americana began as a small retail business in 1989 and included a large inventory of railroad items and model trains. At this time, Dave was participating in local antique shows and also local gun shows.

During the 1990’s the inventory shifted more toward a focus on collectibles of the American Civil War. Uncle Davey’s Americana began occupying space in two local antique malls and traveling to antique and Civil War shows throughout the Southeast. In June of 1993, a storefront was established at 6140 St. Augustine Road in Jacksonville Florida where it stands today.

On April 15, 2006 a fire spread from a nearby apartment and burned much of the store. A great amount of the furnishings and inventory was lost. The business remained open through the internet for over one and a half years. By the Fall of 2007, the store had been rebuilt in the same location and was open for business. Since that time, the store has been open six days a week unless a major Civil War Show is taking place.

In June of 2013, Uncle Davey’s Americana celebrated 20 years of operating at the same location. We thank all of our customers and friends who made this possible, and we look forward to many great years to come! 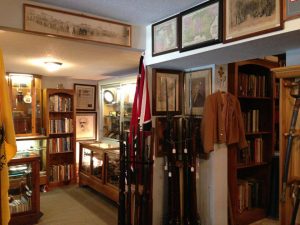 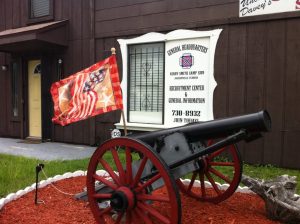