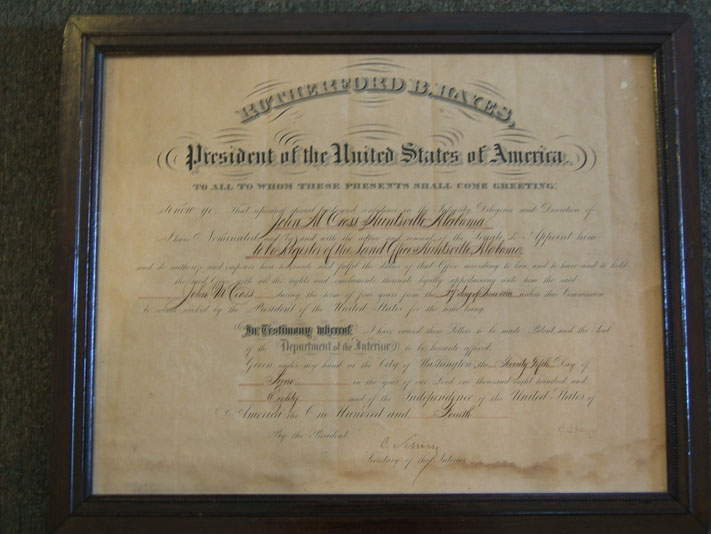 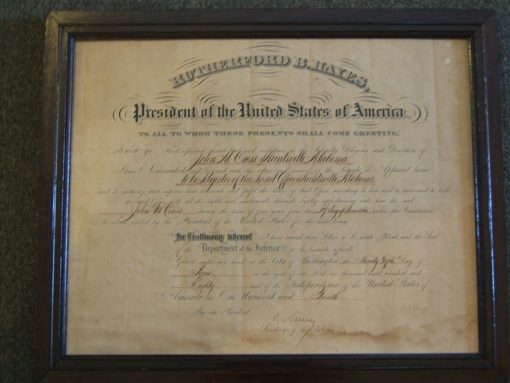 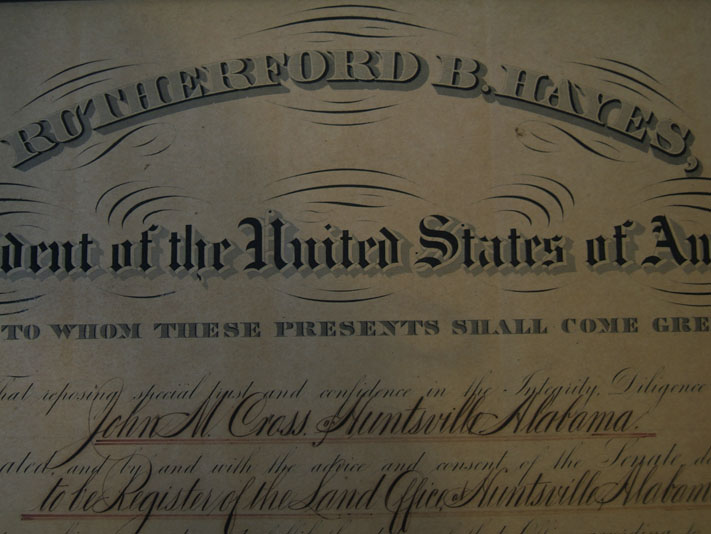 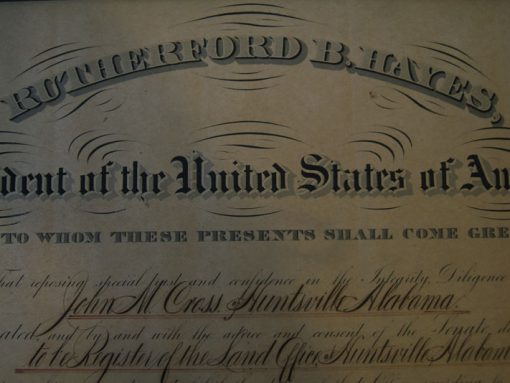 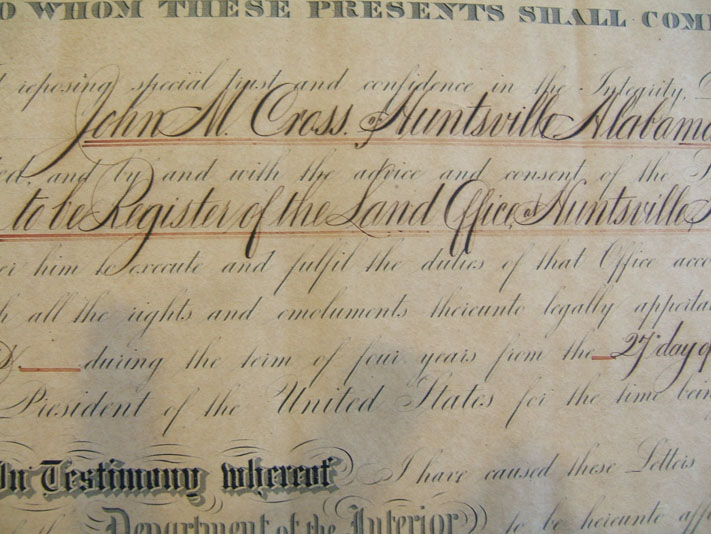 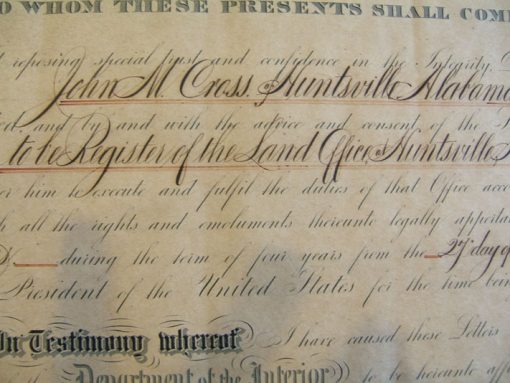 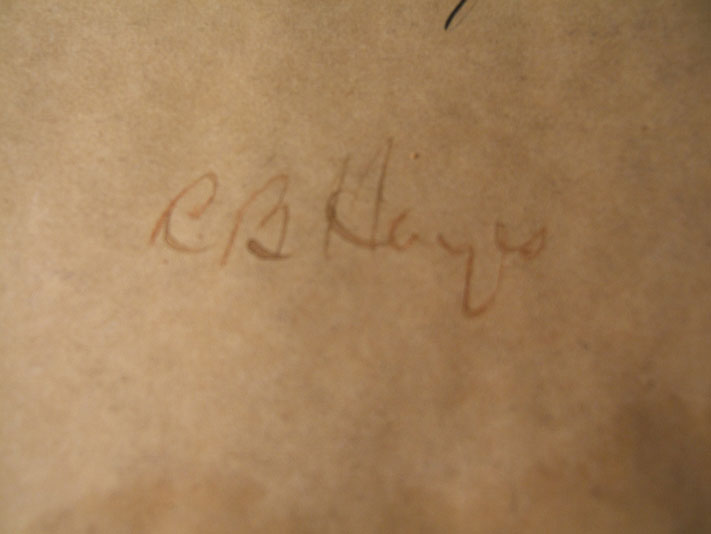 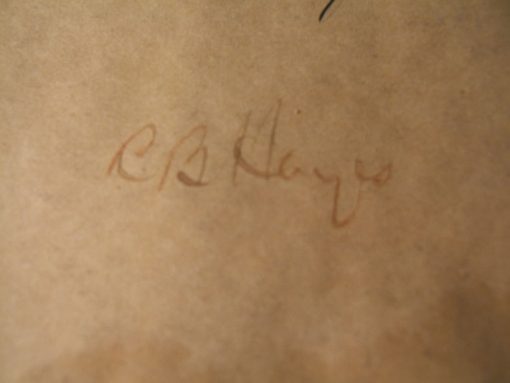 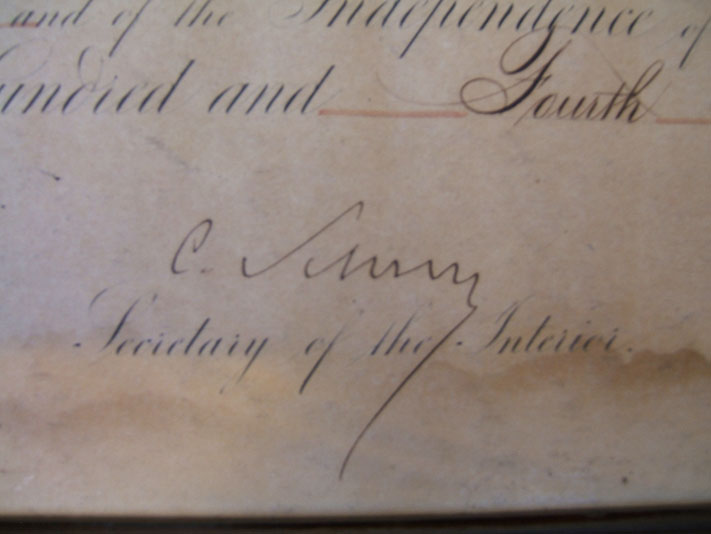 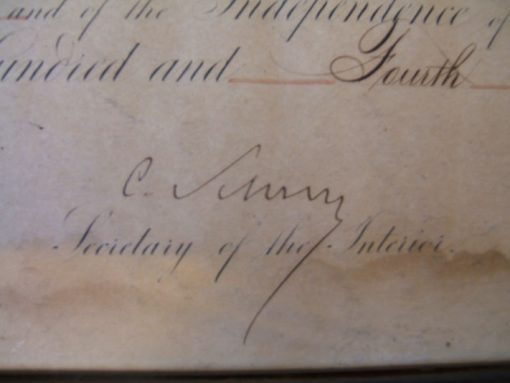 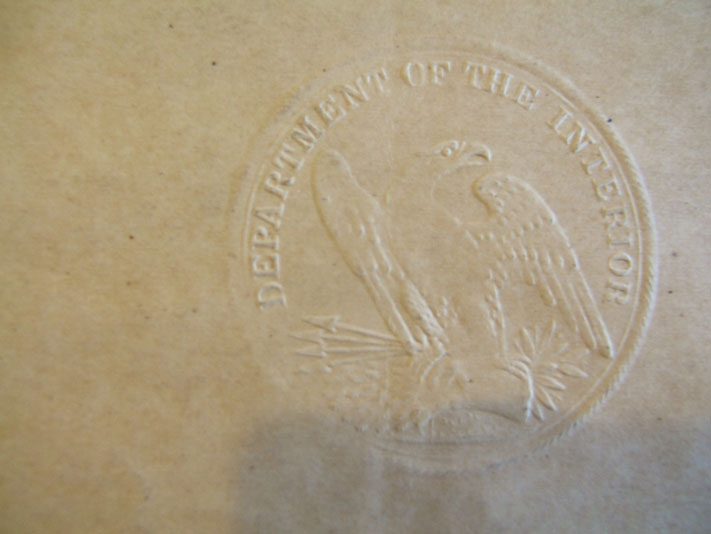 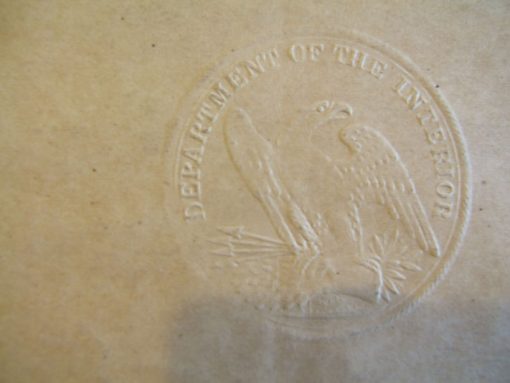 Document signed as President dated 1880, appointment to the Registry of Land Office at Huntsville Alabama. Nice Department of Interior embossed seal and signature of the Secretary of the Interior Carl Schurz who was also a Major General in the Civil War. Signatures are darker than the scans or photos. Document is still in its original period frame