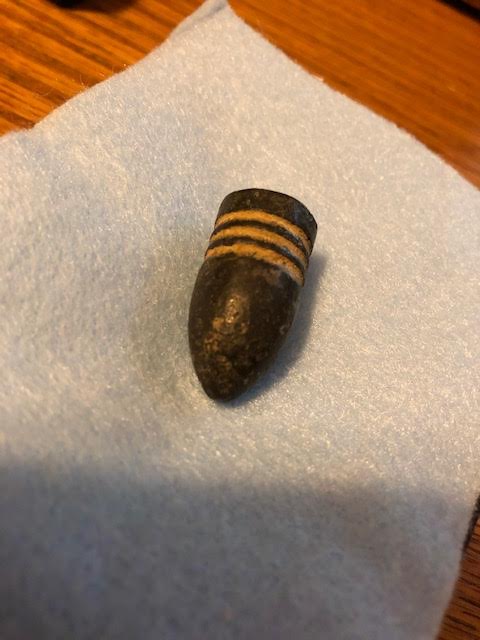 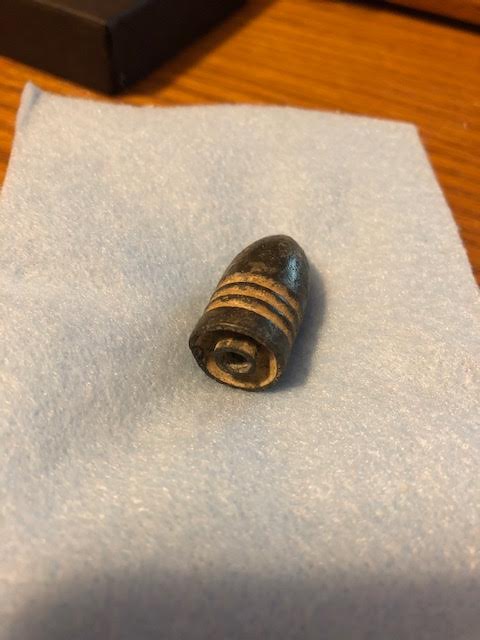 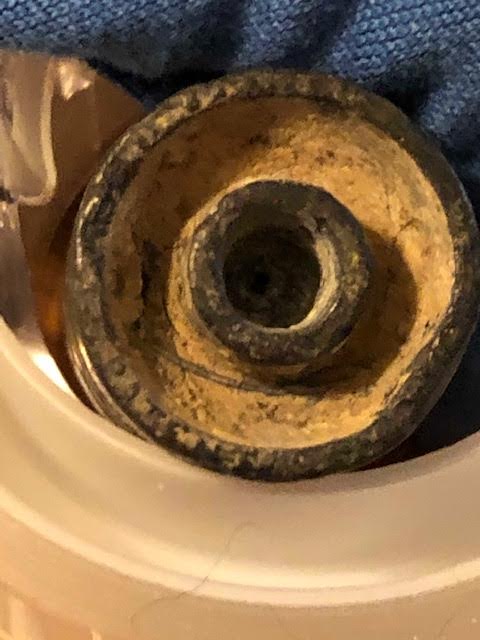 This .58 Gardiner Explosive bullet is in excellent condition and a small amount of the patent information around the rim of the base is still visible. Relatively speaking, few were used during the war. Both calibers [there was .52 version] featured a stamp around the perimeter of the base reading “S. Gardiner Jr. Shell Patent Secured” in raised letters. These projectiles were issued at only two major battles, Chancellorsville and Gettysburg before being withdrawn from service due to dislike by the soldiers and claims by high ranking officers that the projectile was “too fiendish” for civilized use (Civilwartalk.com). A short quote from “Civil War Collector’s Encyclopedia” by Francis A. Lord. ” 2nd New Hampshire Regimental history notes, June 8, 1863, forty rounds of cartridges per man were distributed this morning. The balls were called musket shells-an explosive bullet-and woe to the Johnny that stops one. The regiment marched on to Gettysburg where it soon came under artillery fire. Many men were hit and several cartridge boxes were exploded. A shell struck and burst on the box of a corporal of Co. C. The cartridges were driven into his body and exploded, and for 30 seconds the “musket shells” were exploding in his quivering form. Death was mercifully quick. The next moment a fragment of shell exploded the cartridge box of a sergeant. He instantly tore off the box hanging by his side, thus escaping with only a severe wound” (Civilwartalk.com).

Welcome to our new site! We hope you enjoy browsing. Dismiss